on March 02, 2018
I know what it's like to forget to pack something, but, mostly I start packing well ahead of time. Weeks ahead, actually. In fact, I leave for Europe for a week in two months and I've already started my mental list of what to bring. Well, I tried both of these apps on recommendations from some travel friends who say they swear by them just to see if it was anything better than my brain would be. 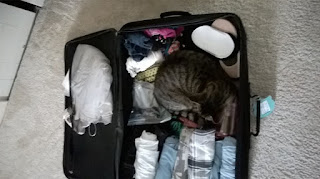 
Note: I think it's silly to rely on an app for a packing list or itineraries when a piece of paper would do just fine and wouldn't take up phone memory. But I gave them a gander anyhow, and here are my thoughts: 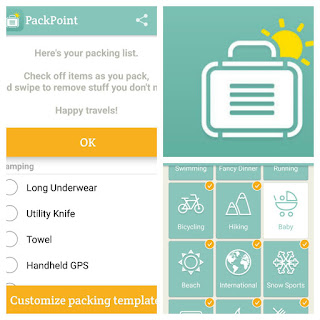 PackPoint: It first asks you to start off by choosing your gender. Weird, but not too weird, I guess. Then you choose your destination and dates and what possible activities you might be doing. Maybe it's because I'm snarky as shit, but if I know that I am going to be swimming as a vacation activity and I need to be reminded by an app to pack a swim suit then I am a dummy. Like a kid in an elevator, I clicked all of the options except baby. Then it just says Begin Packing.

It shows me the projected weather and an ONGOING list on list on list of things to pack. You can choose to customize your list by paying $2.99 for the premium app. Also, it IMMEDIATELY asks you to rate the app before you even begin really using it.

I actually went through and chose things that I actually own and would pack as if this mountain climbing, photography, campfire, sightseeing trip triathalon were happening in Dublin. I'm only in the first section, camping gear, and I'm already sick of doing this. Perhaps I should go back and act as if I need an app to tell me what to pack for the trip I am actual taking? For the sake of being thorough, alas, the list grows. There's nothing else after the lists, though- nothing. It's just a whole app taking up storage so that you can look at a list you clicked instead of wrote. And someone recommended this?! It also reminds me to bring my house keys? Come on.

The Good: This app is pretty good if you have never once ever packed for a trip- even to grandma's house. It reminds you, sometimes in triplicate, to pack your lists with what the app things you should pack. It's probably fun if it's your very first trip, or you're waiting in line at the Secretary of State.
The Bad: This app is only good if you've never packed a suitcase ever in your life. Or seen someone packing in a movie. Or have never gone to a movie. Or outside. I can;t recommend or keep this app for anyone who has ever gone anywhere before. It's frustrating how simple it is because it's such a waste of time and memory. Get a notepad and a pen. Customize the list you write any way you feel and you don't have to worry about it dying on you or feeling dumb for not packing the appropriate amount of casual shirts. 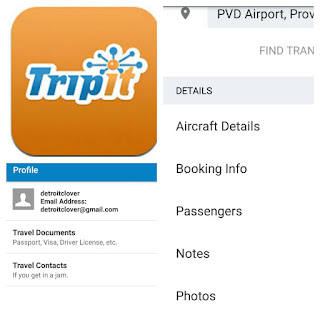 TripIt: This one makes a little more sense in the way of traveling. Instead of asking me to pick things to pack, TripIt's main focus, it seems, is to help keep you travel plans in order. You can set your check-in reminders, your itinerary plans and flight information. It keeps it handy in case of emergency. Basically, it's a digital record of all of your paperwork so that it's all in one spot in case you need to look something up.

The Good: It's good to have in case of emergency. I guess. It's nice to have it in one handy place, but not if you find yourself in an emergency with only 2% battery. That's why I'm still a strong advocate for actual paper.
The Bad: There's nothing really bad about this app, it's just a little redundant if you're like me and write things down, save your important emails and sometimes screencap information in a process you've been using for years and don't necessarily want to change. But not everyone does that! I don't think I will keep this app because I don't think I'd necessarily use it or remember to look at it. But it would be a good one to keep in mind if you're in the style of using apps as memory tools.