Timing Is Everything When Booking A Room 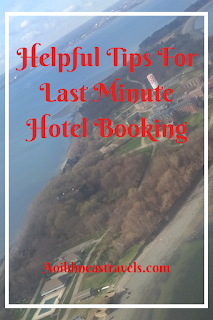 Whether it be well in advance, or leaving it for the day before, it's important to take timing into consideration when making travel plans. Most people go well in advance and just pay the asking price no matter how high, without a thought. Some, like me, pick and choose! Sometimes timing doesn't matter as much like if you're staying in a hostel for cheap. Sometimes it does- recently I booked an expensive LA hotel a few weeks out and then day of I saw it decreased in price by $70. Also I got a hotel on Groupon for a good deal in Vegas, but saw and even better one a few weeks later on accident! Oi! So, sometimes it's ok to wait until the night before to book a room because that's when their panic sets in about not filling up. Why not take advantage of their eagerness to be at capacity and score a deal? No shame in that game!

Unless, as it is here, you've missed out on ANY rooms.

Alas, as I am finding out, it's super difficult to plan a slightly distant trip to one of the country's biggest seasonal events- Salem, Mass in October ON a weekend! Everyone's trying to get their witch on!

It's important to be smart about your planning, unlike me this time. I got so set in my ways of researching and waiting for deals to drop that I wasn't thinking that this entire half of the state fills up for all of October for a Salem Witch Halloween time. And when you forget something so vital to the trip as that- you're outta luck sometimes!

As mentioned previously, Chris and I were hoping to stay in Boston one night and Salem the next, just so we were close to the things we wanted to do each day. We found a spectacular looking place in Dorchester (Boston) on Airbnb, and I thought I would reconvene my search for a Salem pad that night but got bored. (I KNOW)  And now it seems more like work. 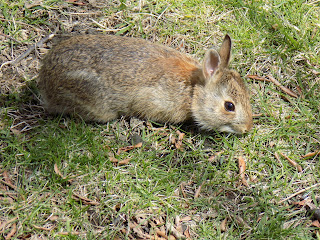 That seems to be where the luck is ending. Because our second night is looking like we're about to be sleeping on park benches in Boston's Financial District with the squirrels and bunnies. It's hard to keep the mentality of "people will cancel" or last minute openings or deals can be found when even the bigger hotels are booked up for $200+ a night! Usually you know you'll be ok if those are still available because it means fewer desperate people and their price will even drop significantly a few days ahead. So part of me wants to just play it cool and the other half is already in a panic because if Airbnb is not lying, then only 5% of the rentals in and around Boston/Salem are still available- but keep in mind we won't have a car so it limits us even more.

So, lesson learned. Work backwards sometimes. It's not just picking a trip and moving forward all the time, sometimes you need to start IN the city and work on flight deals after. We're three weeks away and nowhere to go. But, all in all, it will work out because it's one night and if we must pay more, then I guess we will because I can't picture Chris sleeping in a park like a hobo.

Until next time, be kind! Do something nice for someone!