on March 03, 2019
It's a humble and casual one, I assure, but an honor nonetheless! I was nominated for the Versatile logger Award by Arianne, a Twitter blogging pal, who reached out with her compliments and friendship. I would like to thank Arianne from The College Students Guide Through Motherhood for taking time out of her day to not only check me out, but to bestow a great kudos in my direction! 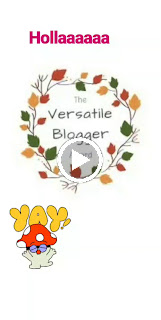 She is a momma blogger focused not only on her studies as a college senior (hooray!) but on teaching her daughter and others mommas how to be and teach their families to be decent little humans! Go check her out, she's inspiring and honest.  She stipulated a few rules, and I am taking her example of not just giving a one liner fact, but an expanded explanation to help you all get to know me as a person, not just a blogger. Versatility is, after all, the name of this game.

Le Facts:
1. All my life I wanted to be a writer or a rock star. I once recorded vocals with a friend's band and performed live with them a time or two. I had a great band for a while and we did a few live gigs but it's hard to find 5 people who all have the same goals and wants, and I learned that when even one of those people isn't as into it as the rest it really brings the group down. At that same time I was taking scriptwriting classes and working on expanding my mind through film classes and PR. I never expanded on that work and have been toying with picking it back up. 2012 seemed to be my peak for lifelong goals.

2. St Patrick's Day is my favorite Holiday, but I've never once done the cliché St Paddy's stuff like bar hopping for green beer. Every year I say I'll go out to at least try to win baseball tickets or something but I have yet to do so. This year, mayhaps.
3. I'm in love with ghost stories.  Any time I can get out and hunt ghosts, or take a minute to listen to the quiet and to myself, I am ALL in. I once made pals with a group of investigators, which lead to other friends and more from there. I started a secondary blog to maybe print out as a small Michigan lore book later based 100% on actual experiences, not just rumors and so and so told the waitress who told Jim who told me crap that gets published because that is not interesting. 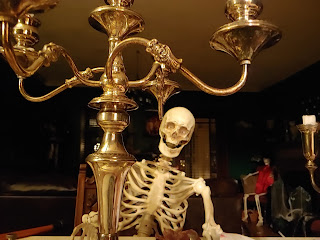 4. In second grade Erica B told me I should go into stand up because I was the funniest person she knew. I became obsessed with comedy soon after. I've never been a part of stand up but I have taken Improv training at Planet Ant and trained myself to be a Yes, And thinker.
5. I had the recent revelation that I travel for my mom. Before she died  in '14 she and my dad went on a trip once or twice a year. She always wanted to go to Europe, anywhere in Europe, and never got to, and I feel a little cheated by that. I carry her prayer card with me on every trip, near and far, and wear her wedding rings so she's always with me. I take her with me to places we won't physically get to go to together because without a doubt now that I've started this traveler gig, we would have gone an on adventure together if we could. So I guess we are. 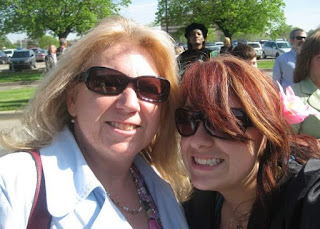 6. I collect bracelets from places I've been, but also from friends who go places. If I have a friend going away I ask them to pick me up a cheap bracelet from their travels. I'm honored by the friends who have gifted me with not only the gift of a bracelet, but the gift of listening and remembering! It started years and years ago when my mom would bring me a ring or some jewel from her vacations with my dad. My favorite ring from her was from Mexico, it was a silver star that looked like a superhero emblem, and it's been missing for years. My pen pal Suzanne liked the tradition and sent me a Bad Eye bracelet from Greece, which I basically wore out over ten years or so. I have a beaded one from Poland, from India, Salem Mass, Chicago and one from Yugoslavia that I can't wear anymore without losing them to gravity and age. If I'm wearing my full gambit these days it is as such: 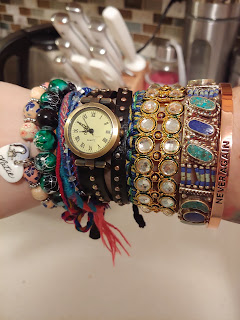 (L to R) Floral Katie from my Godson Nick while in Florida, Jesse from Thailand, Mexico, Holland, Mexico, Ravenclaw band from my BFFL Kitty for my birthday, my $5 watch from China, the Zambia colors from Bettina, Jewels from India and then Morocco from my bro Aaron and a holocaust remembrance from DC in rose gold. It's very heavy so I rarely wear it all at once.
7. I don't know how to sleep. I'm thinking about being legit studied to try to figure out why i can't sleep through a night and how many times I wake up per night. I'm thinking around 28 times a night. I can never sleep.

Those are my facts! Can anyone relate? Any other non-sleepers out there with some advice or a new bracelet? 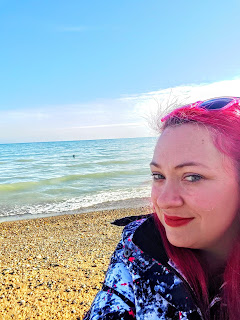 Lake Huron in December. No filter.

Be kind to one another!