Canada Cares About Your Food Goals

on November 02, 2019
The other week Chris and I went over to Canada so I could pick up a few new Kit Kat flavors for my food goal of trying every flavor. It was delightful and exciting.... and expensive. Oops. 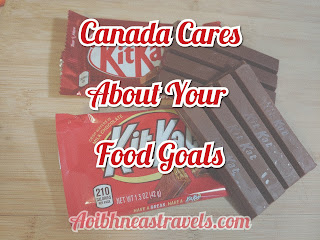 Backstory: I saw a video of some guys taste testing Kats from one of the Japanese Chocolatories and I became obsessed. I always knew Japan had a load of whacked out flavors compared to us here in America, but I had no idea that they had nearly 350 rotating flavors in 8 regions, nor that the UK has her own flavors, South Africa, India, Russia, Brazil, Australia is a goldmine! So I decided that I need to tally up and try each one. I have since made pals with a few non-USA homies on my new Insta for the project (@kitkatbucketlist) who are swapping me some of their flavors of kats for some of my more common flavors and treats. I. Am. Stoked. 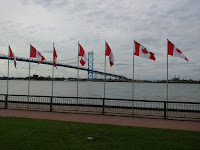 Back to the story! Chris and I drove over the Ambassador Bridge to Canada from Detroit because he never had done it before (there's also a tunnel that's far less cool and far more terrifying). JSYK it costs $5 in AND out of Customs now, but the website still says $3.50. That was fun to find out in person.

Anyhoo, at the border we were asked the usual stuff: Why are you coming to Canada (Shopping), How long will you be in Canada (hours), Who is the best Canadian hockey player (just kidding but it's def unanswerable as Canada gave us Howe, Gretz and Yzerman -GoWings). He joked with us that we were going the wrong way to shop because most people he speaks to are Canadians coming to America to hit our malls. I explained to him that I heard the Kit Kats are better in Canada and told him my mission. He laughed and agreed and told me some good flavors he's had and how he thinks the best ones are from Australia. So, needless to say, he and I were speaking the same language. One mark for Canada. 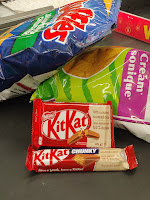 First thing off the bridge is a bit of construction and then a strip club and a McDonald's. Naturally. We wandered into the Windsor Food Basics because I read that there was an array of flavors in the candy aisle. Lies. There was barely a candy aisle at all but luckily it's near Halloween so there was indeed lots of treats at every end cap with bags and bags of stuff I wasn't looking for. Alas, only a couple of mike chocolate Kats, but we did snag some chips, too. Keep in mind I am basically dragging Chris around, and he doesn't care about fun foods like I do. But he was pleased to find a fun bag of Ruffles. I promised him we would look for Puppers beer too, while here, to live out our Letterkenny dreams. He shrugged and acted like he didn't care. He says he's just not as excited about food as I am.


We ate pizza at The Food Mill (shout out to Jamie who's having a baby soon) and then I hit up the Circle K next door for more candy. I went mental. I got, like, 12 candy bars. Well, most of what I found was Cadbury for my brother since it's his fave and we don't have much here. I did find some of the Chunky varieties that I had hoped for, though, and have already given one a try. We visited the Windsor Sculpture Park and stared Detroit in the face. 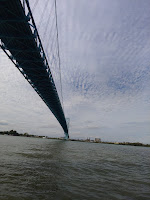 Chris, growing tired of the hunt (not that he would say so, but I know him well enough to know that he hates this type of stuff but he does it for me because he's the best) asked about Puppers lager so we paused my mission to conquer his. We headed to the LCBO and stood in a giant refrigerator just straight up GAZING at the many beers in display like they were stars in a night sky. And I don't even drink beer! But the colors, the names, the breweries were all interesting. We found the Stack Brewing Puppers lager as we were giving up hope and Chris found his little insanity moment and bought 6 cans. See? He does care! He also enjoyed the varieties from Trailer Park Boys and Bubbles' brand of something or other. The cans were fun but I do think he only recycled them instead of saving them like I would have. 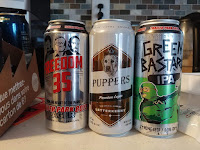 A few doors down from there was a dollar store where everything was $1.25 and under?? It wasn't called a 1.25 store. I found a few more Cadbury bars for Steven and a fruit cake for my grandma that she likes and some other things. We started looking for a store called Asian Bazaar but when we found it finally it didn't look like it would have anything that we were looking for (judged it by its cover) and headed home.

On the way back into the States we paid another fiver and stopped to declare our snacks and beer. I read that we would have to pay taxes on the beer at the line, but we didn't. I think the guy thought I was funny, so maybe we got lucky. He asked what we got in Canada and I said candy bars and beer and he looked at me pretty incredulously until I explained my mission to him about Kit Kats and the Nestle brand. He and I then began discussing the American bars and he said he wishes that the strawberry summer series of 17 or 18 would come back and then we rolled our eyes at the lack of flavor choices here. Then he let us go. Giggling. He was giggling. We didn't have to pay anything extra. If only that possibly flirty but openly honest and excited demeanor would work if I got pulled over for speeding. (it did once) 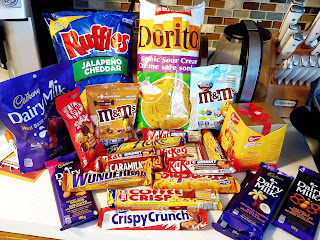 The chips, Kats and M&Ms were for us. That's it!

So, all in all, I think that Canada really cares about my Kit Kat Bucket List goals because at BOTH National Security gates I was verbally applauded in my idea by government agents complete with past experiences and ideas of where and what to try for more. We accidentally made out like candy bandits but, you only YOLO once. Thanks, Canada!

Be as kind as Canadians! 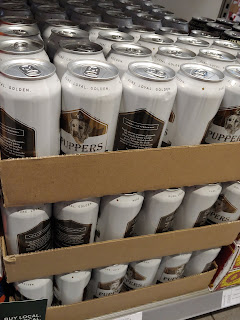 Got this gal a fuckin Puppers. I enjoyed.