on October 18, 2018
Going to the Salem Witch Museum has been a goal of mine since I was 16 (in 2000) and first got really into the Salem Witch Trials. My mom told me stories about when she went and let me use some of her photos for a class project (she went in the mid-80s so I assumed it would be renovated since but they were good visuals anyhow). So to be able to go to Salem during Halloween festivities like Salem Horror Fest and Haunted Happenings was an incredible dream come true! More on that later, I'm sure! 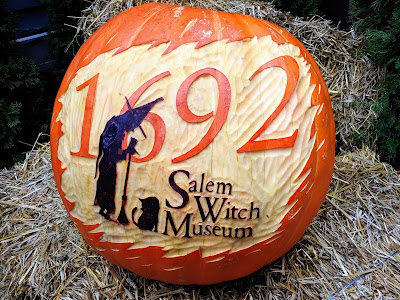 We went to the Museum after taking in a few sites and hanging out with my new best friends Andre and Henry from Wolfman's Got Nards, a doc about the Cult Classic film Monster Squad for the Salem Horror Fest. Anyhoo, Andre Gower said that this was the one must do in Salem, since it's the biggest historical element and classic Salem tour stop. We were already planning on going, but it's still nice to feel validated with someone else's thoughts on a place of interest. *I'll just go ahead and pick up those names I dropped up there* 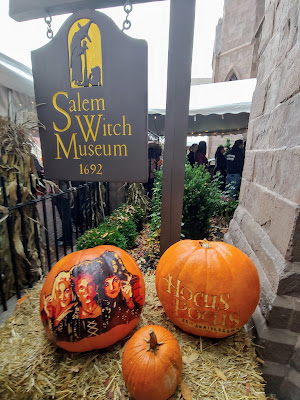 We had to wait in a long line just to buy tickets, but it wasn't the worst, just cold. That can hardly be the museum's fault, though, right? Witches... There were decorations to take photos of and with, and all kind of Hocus Pocus fans to meet. Legit. I was bummed that there were white tents up to block the museum from any photographic glory I may have achieved, but honestly, you see one photo of the outside, you've seen most. We get it, Roger Conant, you were the first baby born to Salem. Here's your statue. 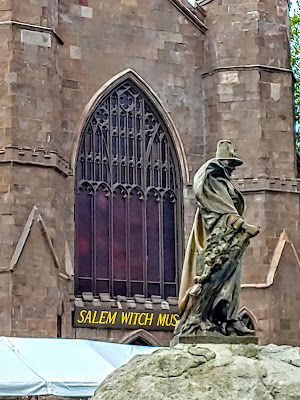 Once inside we were ushered into a large darkened room with a red glowing floor. That part was cool, and we learned from slightly interactive displays about the events specific to Salem 1692 and how basically Cotton Mather was a garbage person and teenage girls are not to be trusted at their word. A few of the heroes and "heroes" of this story: 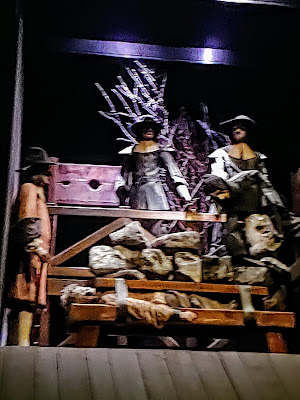 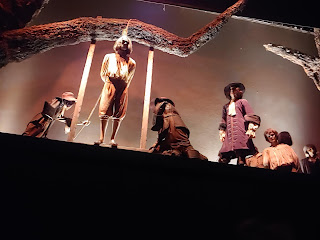 The hanging of George Burroughs. Not Martha Corey.

After the talking display ended (talking displays? Witchcraft!) we were ushered past the giftshop to a non-interactive timeline of the history of witches. We saw examples of herbs and dried flowers used in medicines thought to be of witches and witch doctor types, learned the more brief history of American witch trials compared to Europe (everyone was a heretic back in those days) to the more modern Hollywood takes on witchdom and some Wicca history of Europe and North America. 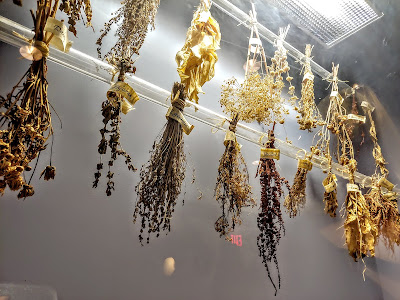 The museum showcased the term "Witch Hunt" as more than specific to witches; it's the center of a campaign direction to a person or group holding unpopular practices or opinions. It poses a very political question of Fear+Trigger=Scapegoat. It means that the fear combined with a trigger, which can be a person, an action, an epidemic, equals out to be the "fault" of the scapegoat-person, group or blamed party. People become mouthpieces for radical events, genocides, Kafkaesque oppression, as a means to fuel fear or panic and target with their self-righteousness, hate and confusion. Ya with me? It sucks. Be your own mind. 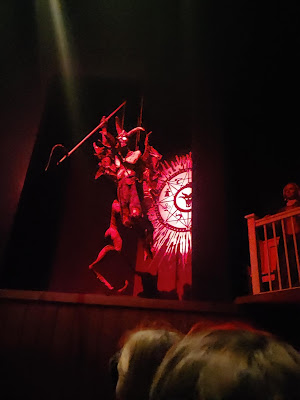 The devil made us all do it.

The Museum itself, for all of it's displays, could seem downright terrifying. Spoiler alert- it does not appear to have been renovated since my mom visited 30 years ago. The gaunt waxy statues symbolic of the people hopefully resting in peace are kind of nightmarish if you really stop to look at them. Some seem to have marble eyes that peer right through you, which, admittedly, was part of the fun for me. Some of them brought out an involuntary "OH GOD" when seeing them lit up in person, but hey, that just makes it more fun to look at and makes the horrors of these atrocities all the more memorable. This, aesthetically, was right up my creepy alley. Imagine if they came to life. Scarier than a wax museum for sure! 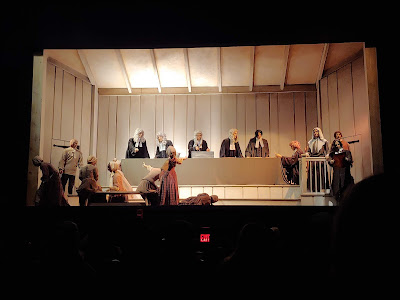 The Salem Witch Museum is more than just a diorama of terrifying and /or harmless witches from 300+ years ago and so on. It's a constant beacon for political activism in the way that it teaches you part of the why and how of the times, and how it's something we are still subject to today. It seems hokey inside, but when you leave it really causes (or should cause) one to think about the everyday injustices we see, even minutely. I think it would give pause to anyone who ever felt bullied, cheated or misunderstood (and so on). It made me reflect some, personally, and hopefully can reach more people this way in the future. 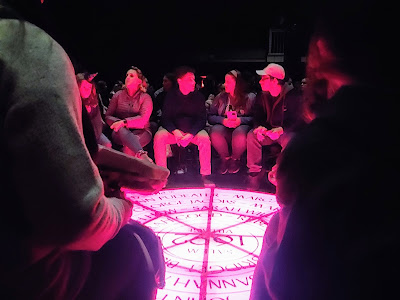 Though I'm not sure I would go again the next time I'm in Salem, it's worth seeing once. You learn a little bit, have some fun, buy a book. A good day and well worth the $12 admission price. 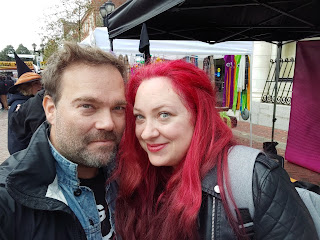 Have you been to Salem or have an opinion to share? Let me know below!