on December 28, 2019
As stated almost one year ago, I nix bucket list ideas because they sound too distracting. If you didn't learn to crochet your own likeness into a puppet like you thought you wanted to do this year then you're kind of filled with regrets or bad feelings about not accomplishing that, right? Or something like it, at least. But a Would Be Cool list? That takes the pressure off! So I created a WBC list for myself early on in Jan to try to keep my year fun, creative and exploratory. It was my year of the creative and I think I latched on to it pretty okay! I got more into creating canvases, writing and even started a new project in Kit Kat discovery that's taken my taste buds to numerous countries and regions from around the world. 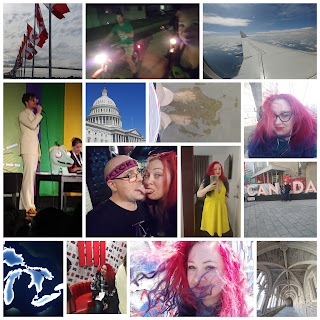 I also don't do resolutions because I know it's a losing game before it even starts. Who doesn't want to read more, work out more, eat better, save money or pet more dogs, right? We all want that. Again, it builds guilt. So no, that's not what I want. I just want to be me.

So, as a fun recap for pretty much only myself, here's my 2019 WBC list- let's see what was cool:


So that's my year according to Jan's bullet point ideas. Much more to come. 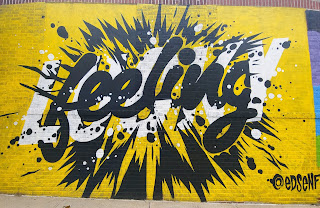 Until next time, be kind to one another! And keep thinkin about what would be cool to try!